On March 22, 2022, the New York Court of Appeals penned the final chapter to the interactive fantasy sports (commonly known as daily fantasy sports (“DFS”)) legal saga. In its 4-3 decision, New York’s highest court ruled that DFS contests do not violate a state constitutional prohibition on the expansion of gambling, holding that these contests are predominantly games of skill and therefore legally permissible within the state.

DFS contests are available for all major professional sports, from football, baseball and basketball to golf and various racing organizations. DFS contests involve statistical-based competitions by virtual teams of athletes who play for different real-life teams. The roster of each virtual team is selected by a DFS contestant. The virtual teams earn fantasy points based on how the selected athletes actually perform in sporting events.

New York’s constitution has long prohibited gambling and other games of chance. Over the years several amendments have been enacted to allow specific forms of gambling, including betting on horse races. In 2015, New York’s Attorney General sued two providers of DFS alleging that the DFS contests offered on their platforms violated the state’s constitutional prohibition on gambling. In response, the state legislature enacted a law declaring that DFS contests do not involve gambling as the outcomes of the contests depend upon “the skill and knowledge of the participants.” The law was then challenged by a group alleging that the law violated the state constitution.

In its decision, New York’s highest court stated that DFS contests “involve a significant exercise of the participants’ skills,” requiring participants to “draw from their knowledge of the relevant sport, player performance and histories, offensive and defensive strengths … schedules, coaching strategies … and the fantasy scoring system … in selecting virtual players for their rosters.” The court further stated that the state legislature’s determination when enacting the 2015 law that DFS contests are predominantly games of skill “because they pit the strategic rosters of participants against one another … is firmly grounded in evidence and logic.” In doing so, the Court rejected arguments that DFS contests constitute “games of chance” because the outcomes ultimately depend on the performance of athletes that the DFS contestant does not control, and that the presence of a material degree of chance makes the contests gambling. The New York Court of Appeals also cited studies presented to the New York legislature that found rosters developed by skilled human participants “were more successful in [DFS] contests than randomly generated lineups over 80% of the time.”

While the decision ends years of legal uncertainty regarding DFS contests, its immediate impact remains to be seen. Companies and platforms offering DFS contests have operated in New York for years. However, with the legality of DFS contests now firmly established, and given the recent development of mobile sports wagering within the state, other providers may now seek to enter the space and compete for market share. Current operators may explore opportunities to further expand, whether by further developing current offerings through expanded prizes or introducing new DFS contests. Operators that also offer mobile sports wagering in New York may seek ways to further integrate their sports wagering and DFS contest platforms. In any event, the New York Court of Appeals ruling establishes DFS contests as a legally-recognized feature of the sports landscape in New York.

© 2022 Herrick, Feinstein LLP. This article is provided by Herrick, Feinstein LLP to keep its clients and other interested parties informed of current legal developments that may affect or otherwise be of interest to them. The information is not intended as legal advice or legal opinion and should not be construed as such. 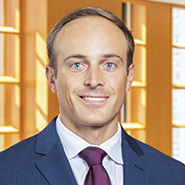