College Olympic Feeder Sport Cuts and the Potential for Revival

So far, a number of schools have had successes relying on alumni networks to keep their Olympic feeder sport programs afloat. For example, partnerships between student athletes and alumni have raised millions of dollars at University of Iowa and the College of William and Mary to save certain Olympic feeder sport programs that have been cut. Although not necessarily an Olympic feeder sport program, the baseball program at Bowling Green State University faced a similar cut. In response, a number of former baseball players from the school raised funds to attempt to reinstate the program, successfully raising enough to bring the baseball team back after only two weeks of cancellation. Athletic programs and students alike may find that there are generous groups of former athletes enthusiastic about assisting in reviving cancelled programs.

Athletic departments should try to find alternate solutions to revive cancelled programs by involving other amateur sports organizations, such as USA Swimming, that act as the governing bodies of various Olympic sports in the US. The forging of these partnerships may be a means to accomplishing collectively what can no longer be done individually. Depending on the sports organization, assistance could take the form of direct financial support or the establishment of jointly administered programs.  While eliminating certain sports programs may have been an unfortunate reality for some athletic departments, reviving them could be feasible with the right partnership.

Ultimately, no athletic department wants to eliminate any of its sports programs. A wide portfolio of sports programs on expansive array of sports is beneficial both for the passionate student athletes and for the collective success of college athletic programs. While budget cuts and safety concerns have driven athletic departments to rely primarily on their significant revenue generating programs, a rising tide lifts all boats, and if Olympic feeder sports could be restored, they could continue to uplift athletic departments as a whole. By engaging alumni networks or finding amateur sports organizations to partner with, the sports programs that have been eliminated may be revived in meaningful ways.

Partners Irwin Kishner and Daniel Etna are co-chairs of Herrick’s Sports Law Group and Stephen DiMaria is an associate in the group. Herrick’s preeminent Sports Law Group counsels on all aspects of sports law including media rights’ transactions, team acquisitions and investments, arena and stadium-financing and developments, league and team formation and operation, naming rights, sponsorship, employment, as well as pragmatic counseling on the day-to-day operations of sports organizations at all levels. 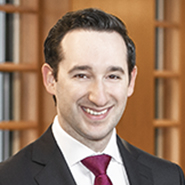