Inheritance and Estate Planning in the NFL

Carolyn Caufield, chair of Herrick's Private Clients Department was quoted in an article in Sportico discussing inheritance and estate planning issues in the National Football League. In particular, the article discussed the recent franchise sale of the Denver Broncos.

The article states that "[t]rusts and estates experts see NFL teams as especially ripe for succession problems" noting the high value and the scarcity of availability. According to the article, the problem is not going away with "11 controlling owners of NFL teams who are 75 years or older -- representing more than a third of all teams -- many franchises will change hands in the coming years."

With respect to the Broncos, the article outlines that Pat Bowlen, the billionaire owner, consulted with attorneys about the orderly handover of the team after his death and "crafted a carefully delineated trust that his hand-picked trustees would oversee." He filed the succession plan with the NFL, as required by league by-laws, and notified his heirs of the developments. Nevertheless, members of his family battled in court over the fate of the franchise.

In discussing Bowlen's estate plan, Caufield notes that, "[t]he trust should have worked," explaining that he followed a sensible playbook.  "Family litigation is the most painful kind, " Caufield said. "It's never about the money, it's about the love and who loves me more . . . It's almost impossible to get out of quickly."

The article also discusses "familial wrangling" of the New Orleans Saints that involved a long legal battle with the team owner and his daughter and her children over his plans to remove their equity interests from trusts that controlled the team and his other businesses. The children and grandchildren believed their ouster was urged by the owner's third wife, Gayle. The article notes that succession problems often involve a new spouse who is not the parent of the children. The case settled right before trial.

Caufield noted that Gayle "essentially won" since she is running the Saints as well as the New Orleans Pelicans, which her late husband also owned. Caufield further explained that had the owner used "an 'independent or 'agnostic' trustee arrangement, it 'would probably have avoided this [turmoil] entirely,' since the independent party 'would not have let him make a decision like that.'" He instead maintained control and, at least some of his family believed, "was manipulated into decisions he might not have made when in better health."

The article further reports that intrafamily battles are not unique to the NFL, citing to a dispute in Major League Baseball, and notes that "[t]hese battles may be unavoidable in a league that has long lived on legacy and strives to 'keep it in the family.'"

To that point, Caufield acknowledged that "'you can put many safety measures in place,' but sometimes the best laid plans won't work." She further emphasized, "the best thing you can do to ensure a smooth transition [is] to have education for the children" further stressing that "communication is crucial to building trust between family members, who are more likely to go along with a succession plan if they hear it from the top."

Read the full article in Sportico here. Access may require a subscription. 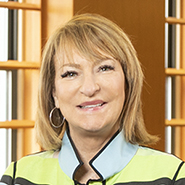