Represented Vertex Partnership Academies in its lease from the Archdiocese of New York for its initial high school.

Represented Ascend Charter Schools in the acquisition of a leasehold condo in Brooklyn, NY. The to-be-constructed building will house another first class Ascend middle school.

Represented Zeta Charter Schools in connection with the negotiation of a lease and formation of a leasehold condominium for a to-be-built 124,000 square-foot eight-story stand alone-building in the Inwood section of Manhattan. The building will serve students from pre-K through eighth grade. 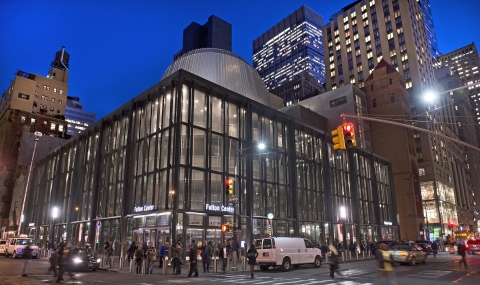 Represented an online marketing company in office lease agreements in a number of U.S. states, including New York, Boston, Arizona, Virginia and Texas.

Represented a major real estate developer as landlord for all its office leases in a Class A New Jersey office complex.

Represented RXR Realty in its joint venture acquisition of 237 Park Avenue, a 1.2-million-sq.-ft. office building located in the heart of the Grand Central District, between 45th and 46th Streets.

Represented a global management consulting firm in the lease of a regional operating office in Connecticut.

Represented one of the nation's largest manufacturers of cheese in the acquisition of substantially all of the assets of a cheese manufacturing facility, including its real property.

Represented Citibank, as agent, in a $600 million term loan to certain affiliates of the Durst Organization secured by a blanket mortgage on six office buildings located in Manhattan. The term loan refinanced approximately $300 million of existing mortgage debt on three of the properties (including approximately $120 million outstanding to Citibank). The bank group also financed a $400 million revolving credit facility to the Durst Organization. The revolving credit facility is secured by pledges of economic and equity interests in the six mortgage borrowers and in two additional Durst affiliates, which affiliates own other office properties in Manhattan.