Represented Legends Hospitality in a joint venture with the Intrepid Air and Space Museum to provide concessions services for a new high-end food market located on the U.S.S. Intrepid.

Represented Legends Hospitality in a joint venture regarding the Miami SkyRise project consisting of an entertainment and observation tower overlooking Biscayne Bay in Miami. Legends is providing consulting, management and hospitality services with respect to the development and operation of the project and will operate the concession once opened.

Represented Legends Hospitality in a $225 million senior secured credit facility, consisting of a $40 million term loan, a $35 million term, and a $150 million revolving credit facility. The proceeds were used to refinance existing debt and will be used for the construction and build-out of the observation deck at the new World Trade Center in New York.

Successfully defended the developers of a $320 million Brooklyn Bridge Park hotel and condominium project, defeating two lawsuits filed by activists seeking to halt construction of the project. In a decision of significance to the New York real estate industry, Herrick secured an order in New York state court denying plaintiffs’ motions for both an injunction and a declaratory judgment that the planned buildings exceeded height limitations specified in the project’s governing documents. The court found that the development complied with the law and further ruled the legal challenge barred by the statute of limitations for bringing an Article 78 proceeding. Herrick then defeated a second lawsuit claiming to assert a different land use violation, securing dismissal of the complaint on the grounds of failure to exhaust administrative remedies, statute of limitations and res judicata. Herrick continues to represent the clients on the plaintiffs’ appeal.

Represented Legends Hospitality in the provision of design, construction development and management services for the observation deck and other attractions at Willis Tower in Chicago.

Represented a private investment management company and its joint venture partners in their development and disposition of property in St. Maartin, Netherlands Antilles, to hotel and residential developers, including a complex ground lease structure.

Represented Concord Associates, L.P. in its announced merger agreement and subsequent termination with Empire Resorts, Inc. involving the issuance of approximately 40% of the outstanding common stock of NASDAQ-listed Empire Resorts, Inc., in exchange for real property on the site of the Grossinger's Hotel and the Concord Hotel in the Catskill mountain region of New York.

Represented a senior executive of a major hotel chain regarding an employment separation agreement.

Represented M&T Bank in a $67 million acquisition and construction loan for the development of a 248-key Hilton Garden Inn at 6-10 Water Street.

Represented an affiliate of Traders Co. in the construction financing and joint venture with equity partner for a hotel located in Midtown Manhattan with Bank of Nova Scotia.

Represented an Israeli pension fund manager in connection with its acquisition of a 50% interest as co-lender with a major international bank in a $81.9 million syndicated loan secured by a hotel located in downtown Washington DC.

Represented the owners of NYLO boutique hotels in connection with financing, operations and addition to the Tapestry Collection by Hilton.

Represented the developer of a 280-room hotel in Manhattan’s East Village as plaintiff in litigation with the owner of an adjacent property who had initially refused to grant critical access required to construct safety equipment and demolish a masonry structure that projected onto our client’s property.  Threatened with carrying costs of over $500,000 for every month that the project was delayed as well as the prospect that the delay would interfere with the successful negotiations and cooperation achieved with the remaining adjacent landowners, our client sought a court order granting a license to access the defendant’s property.  This dispute was resolved quickly under an amicable settlement which granted our client access to the adjacent property allowing construction to proceed.

Represented the owner, an entity controlled by real estate developer David Reis, in connection with the refinancing and development of Phase II of the St. Regis Resort located in Deer Valley, Utah. The St. Regis Deer Valley is a AAA Five Diamond ski on/ski off resort that consists of condominium hotel rooms, suites and private residences.

Represented the Hall of Fame Village in the acquisition of the McKinley Grand Hotel in Canton, Ohio. This is part of the efforts to modernize and update the entire Football Hall of Fame complex.

Represented the seller of the Milburn Hotel in a $70 million transaction lasting over a year with complicated issuers with multiple buyers. In addition to the real estate transaction, this sale involved complex tax structuring and defeasance issues.

Represented Atalaya Capital Management LP in connection with a $15 million mezzanine construction loan to an affiliate of Kushner Companies for the development of the Pier Hotel, a 67-key boutique beachfront hotel and spa in Long Branch, NJ.

Representation of major concessions company in connection with the offering of its client product offerings.

Represented the not-for-profit owner of the New Yorker Hotel in connection with a mortgage loan, including seeking Court and New York State Attorney General approval of same.

Represented Legends Hospitality in connection with the operation of a rooftop attraction and entertainment center located at the top of the Aon Center in Chicago.

Represented Legends Hospitality in the acquisition of International Stadia Group, a London-based sports and entertainment company. The acquisition will extend Legend’s global capabilities and allow for growth opportunities in the EAME regions. 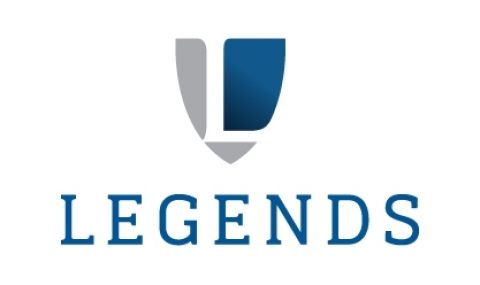 Represented an affiliate of Legends Hospitality in the purchase of a mobile and Bluetooth-enabled point-of-sale (POS) system for use at stadiums and arenas. The POS system streamlines the purchase process for both the venue and the fans thereby effecting a more seamless experience at a game or concert.

Represented FIT Investment Corporation in connection with the zoning analysis and acquisition of 45 East 33rd Street in New York City, and its redevelopment of the building into a 93,000-sq.-ft. hotel.

Represented Legends Hospitality in transactions involving the operation of all food and beverage concessions and premium catering at both Angel Stadium of Anaheim and Tempe Diablo Stadium.

Represented a hospitality client in building violation hearings before the Environmental Control Board, a division of the New York City Office of Administrative Trial and Hearings.

Advise client on matters concerning building violations before the NYC Environmental Control Board and the NTC Criminal Court.

Represented Legends Hospitality in a major strategic partnership with Live Nation to provide concession services at 34 of Live Nation's music venues in North America. The partnership represents one of the largest venue food and beverage contracts in history.

Represented a major U.S. investment bank in a $156 million senior construction financing of a hotel condominium resort in Telluride, Colorado.

Represented Legends Hospitality in an investment in VenueNext, a technology company that provides smartphone-based software that gathers fan metrics and analytics at stadiums, arenas and other large scale entertainment venues.

Represented Three Wall Capital in the purchase of the ground lease interest in a hotel and restaurant in Secaucus, New Jersey, as well as the related financing and the negotiation of new hotel franchise license and management agreements.

Represented an affiliate of Traders Co. in the refinancing of a 273-room Courtyard Marriott from ING Life Insurance and Annuity Company.

Represented Legends Hospitality in the development and operation of the observation deck at the top of One World Trade Center.