The Living Wage Law: An Action Plan for Commercial Leases

On September 30, 2014, Mayor Bill de Blasio signed Executive Order No. 7, the "Living Wage for City Economic Development Projects" ("Executive Order"). The Executive Order requires employers who employ individuals at economic benefit projects, which receive more than $1 million in subsidies from NYC, to pay their employees at least $11.50 per hour if the employer provides health insurance and at least $13.13 per hour if the employer does not provide health insurance.

In addition, the Executive Order significantly expanded the Wages for New Yorkers Act (the "Living Wage Law") by extending the living wage requirement to entities that do not receive direct financial assistance from New York City, but simply occupy space or perform services in subsidized commercial properties. The Executive Order applies to all "Subsidy Recipients" as well as all tenants, subtenants, leaseholders, sublease holders, and concessionaires of the Subsidy Recipient that occupy property improved or developed as part of a New York City economic benefit project.

The Executive Order defines "Subsidy Recipient" as any entity or person that receives financial assistance of $1 million or more as part of an economic benefit project or any assigned or successor in interest of such real property. Thus, commercial tenants that lease space from a "Subsidy Recipient" are covered under the Executive Order and must pay their workers the living wage rate. The Executive Order applies on a going forward basis only, and not to commercial tenants currently leasing space in a City-subsidized project.

In connection with all future lease and renewal negotiations (and the exercise of options to renew with or without amendment), each New York City commercial tenant should take at least the following actions to determine if the Living Wage Law affects its property or business:

The penalties for non-compliance are steep. The investigation has recently yielded multiple large settlements and fines borne by New York City property owners, as a result of non-compliance with prevailing wage laws and insufficient affordable housing units in the building. Property owners should be aware that the Attorney General's Office has sent letters out to building owners receiving an exemption under § 421-a. These letters seek information on rent-rolls, rent-regulation status and wages to building service workers, among other things. Building owners that are not responsive to the letters have been receiving subpoenas from the agency. Recipients of the letters are owners receiving the exemption that: (i) have 50 units or more, and (ii) commenced construction after December 27, 2007.

If you own a building in New York City and have received § 421-a benefits, you must ask the following questions:

Was the building constructed after December 27, 2007, and does it have 50 or more units?
For those buildings that do not have the requisite number of affordable housing units, then any building service workers employed in the building (e.g., cleaners, doorpersons, porters, etc.) must be paid prevailing wages.

The findings and recommendations of a grand jury empaneled by Manhattan District Attorney Cyrus R. Vance regarding widespread fraud in the minority and women-owned business enterprise programs (WMBEs) has caught the attention of the District Attorney and other law enforcement agencies including the New York City Department of Investigation and the Port Authority of New York and New Jersey. These entities favor aggressive enforcement of WMBE program requirements, enhanced criminal and civil penalties and zero tolerance of abuse. Construction contractors are the primary target.

New York City and State both have programs to provide opportunities for women and minorities to qualify for government procurement contracts, especially in the construction industry. To qualify, contracting agencies must require that a percentage of the work to be performed be set aside for women and minorities. Unfortunately, the success of these programs has been more modest than anticipated. Fraud and abuse has been prevalent in the procurement process, often occurring through schemes using "pass throughs" "and "flip-flop" workforces, and has been condemned as reinforcing the cultural and structural barriers to rightful entry into the industry.

To combat these issues, the Grand Jury recommended significant reforms to the MWBE procurement process, including stronger accountability for contractors and MWBEs, increased resources for certifying and contracting agencies, changes to New York's Scheme to Defraud Statute and increased penalties for abuse.

Construction contractors should take affirmative steps to ensure compliance with the requirements of MWBEs and its certification processes. 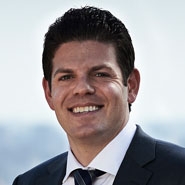