On May 18, 2022, the US Court of Appeals for the Fifth Circuit (the “Fifth Circuit”) (covering Texas, Louisiana and Mississippi), issued a ruling vacating a Securities and Exchange Commission (“SEC”) Administrative Law Judge’s (“ALJ”) decision which should send warnings to the SEC wishing to use its in-house judges to hear cases. The Fifth Circuit ruled in a 2-1 decision that the SEC violated a hedge fund manager’s Seventh Amendment right to a jury trial when it allowed an ALJ to decide a civil fraud case. The SEC brought an enforcement action within the agency against Petitioners, George R. Jarkesy, Jr. (“Jarkesy”) and Patriot28, LLC (“Patriot28” together with “Jarkesy” the “Petitioners”) for securities fraud. An SEC ALJ adjudged Petitioners liable and ordered various remedies, and the SEC Commission (the “Commission”) affirmed the decision on appeal over several constitutional arguments that Petitioners raised. Petitioners raised those same arguments before the Fifth Circuit. The Fifth Circuit held that (1) the SEC’s in-house adjudication of Petitioners’ case violated their Seventh Amendment right to a jury trial; (2) Congress unconstitutionally delegated legislative power to the SEC by failing to provide an intelligible principle by which the SEC would exercise the delegated power, in violation of Article I’s vesting of “all” legislative power in Congress; and (3) statutory removal restrictions on SEC ALJs violate the Take Care Clause of Article II.

Jarkesy established two hedge funds and selected Patriot28 as the investment adviser. The funds brought in over 100 investors and held about $24 million in assets. In 2011, the SEC launched an investigation into Petitioners’ investing activities, and a couple of years later the SEC chose to bring an action within the agency, alleging that Petitioners (along with some former co-parties) committed fraud under the Securities Act, the Securities Exchange Act, and the Advisers Act. Specifically, the agency charged that Petitioners: (1) misrepresented who served as the prime broker and as the auditor; (2) misrepresented the funds’ investment parameters and safeguards; and (3) overvalued the funds’ assets to increase the fees that they could charge investors.

Petitioners attempted to fight the SEC in the federal courts in Washington, DC, but the case went from the district court to the US Court of Appeals for the DC Circuit without any relief. The DC Circuit Court found that the district court did not have jurisdiction to hear the complaint and that the Petitioners’ must first exhaust all administrative remedies by battling the SEC in its own administrative courts (before its own internal judges with prosecutors and a judge employed by the SEC) before the case could be heard in federal court. As a result, the SEC moved forward with its administrative law proceedings before an internal ALJ.

The ALJ and, subsequently, the Commission held that the Petitioners had committed various forms of securities fraud and ordered them to cease and desist from committing further violations and to pay a civil penalty of $300,000. It also ordered Patriot28 to disgorge nearly $685,000 in ill-gotten gains and barred Jarkesy from various securities industry activities, such as, associating with brokers, dealers, and advisers; offering penny stocks; and serving as an officer or director of an advisory board or as an investment adviser.

Once the Petitioners had complied with exhausting the SEC’s administrative law procedures, they once again sought review by the federal courts.

When the SEC believes an individual has violated securities laws, it can seek remedies from a federal court or bring a case before one of its ALJ who can recommend sanctions that include suspension of investment advisor registrations, censures, industry bans and monetary penalties. In recent years the SEC has increasingly chosen to prosecute alleged securities violators in Administrative Law Proceedings where the judges are in-house and often, alleged by defense counsel, to favor SEC prosecutors.

The Fifth Circuit opined that although Congress has given the SEC substantial power to enforce the nation’s securities laws and that the SEC often acts as both prosecutor and judge, and its decisions have broad consequences for personal liberty and property, the Constitution constrains the SEC’s powers by protecting individual rights and the prerogatives of the other branches of government. The Fifth Circuit held that “[t]he Seventh Amendment guarantees petitioners a jury trial because the SEC’s enforcement action is akin to traditional actions at law to which the jury-trial right attaches[.]” Judge Elrod, who authored the Fifth Circuit’s opinion, held that the SEC did not have the authority to bring such a case before an administrative court because it did not involve solely “public rights.” The Fifth Circuit continued that the Supreme Court has held that the Seventh Amendment applies to proceedings that involve a mix of legal and equitable claims—the facts relevant to the legal claims should be adjudicated by a jury, even if those facts relate to equitable claims too. Here, the SEC sought to ban Jarkesy from participation in securities industry activities and to require Patriot28 to disgorge ill-gotten gains—both equitable remedies. Even so, the penalty facet of the action suffices for the jury-trial right to apply to an adjudication of the underlying facts supporting fraud liability.

The Fifth Circuit also held that Congress’ delegation of legislative power to the SEC was unconstitutional because although Congress “effectively gave the SEC the power to decide which defendants should receive certain legal processes” accompanying federal court proceedings, but “[such a decision –to assign certain actions to agency adjudication—is a power that Congress uniquely possess,” and Congress did not give the agency “an intelligible principle by which to exercise that power.”

The Fifth Circuit then criticized the inability of the president to swiftly remove ALJs with whom he might disagree, stating that “the President must have adequate power over officers’ appointment and removal[]” and “[o]nly then can the People, to whom the President is directly accountable, vicariously exercise authority over high-ranking executive officials[.] The Fifth Circuit majority continued that “SEC ALJs are insulated from the President by at least two layers of for-cause protection from removal, which is unconstitutional.”

In a dissenting opinion, Judge W. Eugene Davis wrote that the majority misinterpreted the Supreme Court’s definition of what constitutes “public rights.” Judge Davis said Congress permits agencies to litigate cases before in-house judges if it involves “public rights,” such as protecting investors and “furthering public interests.” Judge Davis dissent suggested that ALJs needed sufficient protection from the political whims of the president in order to remain neutral initial arbiters of security law.

What Does this Ruling Mean for the Future of SEC Administrative Proceedings?

The majority opinion said the in-house judge’s ruling against the Petitioners in a securities fraud case should be vacated and sent back to the regulator. The court said the SEC must act in accordance with the appellate court’s ruling, presumably requiring the case to be refiled in federal court.

Although the Fifth Circuit ruling only pertains to the jurisdiction of Texas, Louisiana, and Mississippi, it may open the floodgates for other jurisdictions to make similar rulings on the constitutionality of the SEC’s use of their in-house judges to determine if an individual has violated securities laws. It is too soon to know whether the Fifth Circuit ruling will change the landscape of SEC enforcement actions. Clearly, lawyers representing respondents in pending and future administrative proceedings will now attack the constitutional viability of such proceedings based upon the Fifth Circuit ruling. The SEC has not yet commented on the Fifth Circuit ruling and it is unclear if the SEC plans to challenge the ruling via its appellate and/or legislative options. In light of the ruling, the SEC may think twice before bringing an administrative proceeding and may opt to file enforcement actions alleging violations of the antifraud provisions of the federal securities laws and actions which are “akin to traditional actions at law to which the jury-trial right attaches” in federal court. 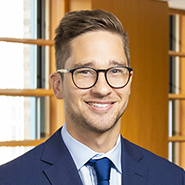