On Thursday September 29th, the New York City Council – in a nearly unanimous vote – approved the Halletts Point rezoning and waterfront development plan. We are proud to have been land use counsel for this remarkable and transformative project, which will include nearly one-million square feet of mixed-use floor area, approximately 335 units of affordable housing, and over one acre of publicly accessible open space. The development required the approval of several complex zoning actions (including a rezoning and waterfront access approvals), pursuant to the Uniform Land Use Review Procedure (ULURP). Asa a result of our efforts in guiding the project through ULURP, the project received recommendations for approval from Queens Community Board 1, Queens Borough President Donovan Richards, as well as near unanimous votes for approval from the New York City Planning Commission and the New York City Council. The project will transform the Halletts Point Peninsula, while simultaneously addressing the City’s affordable housing problem.

Obtained approval from the City Planning Commission of a minor modification of a special permit in connection with the Domino Sugar Development on the Williamsburg waterfront. The City Planning approval, along with a previously granted Landmarks Preservation Commission approval, will allow for the historic facades of the Domino Refinery building to be preserved within a 14-story 195-foot tall dramatic glass barrel-vault.

Represented Bank Leumi USA in a $79 million construction loan for development of the properties located at 224 and 238 West 124th Street, New York, which will be developed as an 18-story, “70/30” rental apartment building containing 168 units (51 of which are affordable). This deal involved unusual zoning subdivision issues as well as coordination with HPD and HUD on various deal components.

Represented Slate Property Group by providing a zoning analysis and zoning opinion letter for construction loan financing in connection with the development of a 166-unit, residential development located at In Forest Hills, New York.

Achieved significant victory in a high-profile, multi-year dispute over the approximately $1 billion dollar development at 200 Amsterdam—an important ruling for both Herrick clients and developers throughout New York City. Herrick represented Mitsui Fudosan and SJP Properties as co-counsel in the zoning litigation involving their development of the luxury high rise building when a neighborhood coalition of Upper West Side residents and politicians challenged the Department of Building's approval of the project and two approvals by the NYC Board of Standards and Appeals. The community groups argued that the developers created an illegal zoning lot - which was an unusual shape and utilized partial tax lots. In 2020, even though a N.Y.S. trial judge previously denied an injunction and held that the opponents failed to show a likelihood of success, the judge thereafter ordered that our clients deconstruct several floors of the already built same 52-story building. In March 2021, the N.Y.S. Appellate Division unanimously reversed and ruled in favor of the developers, finding that the building permit was lawful and that the trial court should have deferred to the N.Y.C. Board of Appeals. Opponents sought leave to appeal to the N.Y. Court of Appeals. In September 2021, the N.Y. Court of Appeals denied the opposition group’s motion for leave to appeal.

Represented Goldman Sachs as zoning counsel for a $240 million construction loan for Phase One of the final major downtown Brooklyn development project at 80 Flatbush Avenue. The overall project includes five buildings and over 800 apartments, 200,000 square-feet of office space, 40,000 square-feet of retail and two schools. Phase One is a nearly 500-foot-tall tower with about half the overall units. The block-sized project included multiple entitlements from the City and a complex development rights arrangement.

Herrick acted as zoning and land use counsel to Blackstone for a $1.2 billion construction loan to L&L Holding Company and Columbia Property Trust for redevelopment of the Terminal Warehouse in West Chelsea, Manhattan. The 1.3 million-square-foot asset occupies the entire block bounded by 11th and 12th avenues (the West Side Highway), and West 27th and West 28th streets.

Represented Harbor Group International in the zoning and land use for their $760 million purchase of the granite tower, known as Black Rock, at 51 West 52nd Street in Manhattan from ViacomCBS Inc.

Represented 69 Adams LLC in the drafting and review of Restrictive Declarations and zoning lot merger documents opposite NYC’s Economic Development Corporation. Herrick also provided a zoning opinion letter for construction loan financing in the amount of approximately $150 million to allow for the development of a 26-story, approximately 250,000 square foot mixed-use development at 69 Adams Street in the DUMBO neighborhood of Brooklyn.

Represented Apollo Global Management in the land use and zoning due diligence for the next phase of Brookfield Properties’ Bankside Project at 101 Lincoln Ave in the South Bronx of NYC.

Rabsky Group – Land Use Due Diligence for Gowanus Development

Represented the Rabsky Group in the land use due diligence for the $92 million construction loan for a large mixed-use project in Brooklyn’s Gowanus neighborhood.

Herrick acted as zoning and land use counsel to Blackstone for a $322 million loan to developers Zeckendorf Development, Atlas Capital Group and The Baupost Group to finance a portion of the land acquisition and pre-development work at 570 Washington Street. The planned development is a two-tower condominium development rising 450 feet and encompassing a full city block near Google’s St. John’s Terminal campus.

Herrick partnered with Two Trees to obtain approval from the City Planning Commission for a modification of the Large-Scale General Development Special Permits and Restrictive Declaration for the Domino Sugar Development on the Williamsburg waterfront in Brooklyn, NY. The modified approval will allow for the addition of approximately 1,000 square feet of open space to Domino Square and a modified and design for one of the five buildings within the larger development. The new building will now contain more than 640K square feet of floor area and approximately 560 residential units. When fully built, the entire Domino Sugar Development will include approximately 2.75 million square feet of floor area and 4.8 acres of public open space.

Represented MRP Realty in connection with the acquisition of over 27K-sq.-ft. of unused development rights from a neighboring property through zoning lot merger, along with a related light and air easement. The development rights will facilitate the expansion and renovation of 405 Park Avenue, a major office building in Manhattan.

Represent the joint venture between Rubenstein Partners and the famous Acme Smoked Fish company as they develop a new factory as part of a mixed office/retail development at 18 Wythe Avenue. 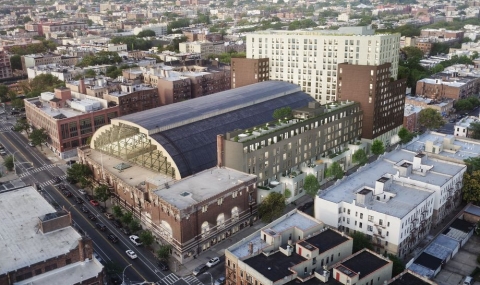 Represented Rose Associates in connection with the completion of an Inclusionary Housing application for the property located at 210 Livingston Street in Brooklyn, New York. 210 Livingston is a 368-unit residential tower in Downtown Brooklyn developed with Benenson Capital Partners, containing 44,000 square feet of affordable housing financed by tax-exempt and taxable bonds through the New York State Housing Finance Agency. 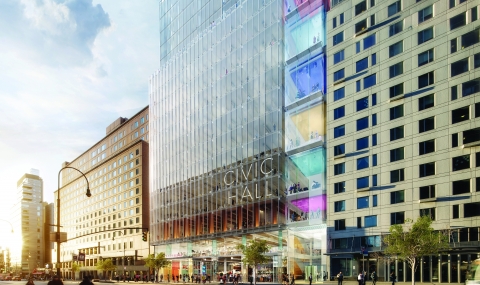 Represented a national telecommunications service provider in the sale of two properties in East Williamsburg, Brooklyn.

Represented a major New York developer in an expedited zoning determination from the Department of Buildings on a complicated and oddly-shaped hotel site in Chinatown.