Herrick hosted the Asian Real Estate Professional Association for an evening of networking and discussion with Century Development Group's CEO and Regional Center Principal, George Xu. George Xu founded Century Development Group and has been involved in the developments of residential, commercial, mixed-use and hospitality projects primarily in the borough of Queens, New York since the late 1990s. 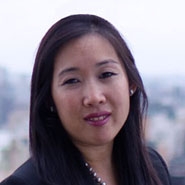