The Mandatory Inclusionary Housing ("MIH") program allows developers to utilize increased development rights allowed under a rezoning by creating permanently affordable housing marketable to both renters and purchasers in New York City. In 2016, following a citywide rezoning effort, Mayor Bill de Blasio and the City’s Department of Housing Preservation and Development ("HPD") launched the program. MIH allows the City to promote the creation of affordable housing through rezoning efforts.

The MIH program is available to sites zoned as an area designated for MIH ("MIH Area"). MIH Areas are located throughout the City (mainly in the Bronx, Brooklyn and Queens), and identified in Appendix F of the city’s Zoning Resolution. A site can become an MIH Area either through a neighborhood-wide rezoning or an individual property up-zoning where the City determines that the site is an MIH Area. While many proposed neighborhood-wide rezonings would become MIH Areas—such as in the case of the contemplated Gowanus rezoning—HPD will not accept an MIH application for a site until the rezoning is approved.

MIH applicants work with HPD, which administers the MIH Program, and collaboration with HPD is critical to a successful application. The MIH application process is multi-disciplinary and involves various professionals, from attorneys to architects. To begin the process with HPD, an MIH applicant will need to submit an inclusionary housing application along with architectural plans and stacking charts and disclosure forms for the applicant, the project’s general contractor and administering agent. The applicant will also need to provide financing information regarding the project, including an executed term sheet, underwriting and commitment letter. In addition, the MIH applicant will need to deliver notice to the applicable community board at least 45 days prior to the expected closing date. The application process parallels that of HPD’s Voluntary Inclusionary Housing (VIH) program, which has been around since 1987.

MIH is still a developing program. Should you have a project in mind, we would be pleased to discuss the MIH program. 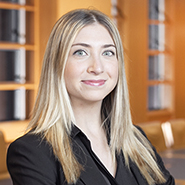