Rent Reform in New York: Good Cause for Concern

Recent rent reform in New York dealt a shattering blow to status quo of the real estate world. While the real estate industry is preoccupied with picking up the pieces, the tenant’s lobby is signaling that they will continue to push for even more change. That’s because missing from the slate of legislation signed into law last month that revolutionized residential landlord/tenant law was the most radical proposal of all: the so-called, “Good Cause” eviction bill that would mean state-wide rent regulation for all.

“Good Cause” would work as follows: Once tenants have entered into a lease, they are guaranteed lease renewals on an ongoing basis. Eviction would be permitted in limited circumstances, such as non-payment of rent or illegal use of the property. Otherwise, a tenant would have a right to renewals and continued occupancy. The bill would also prohibit “unconscionable” increases in rent.

While use of a term like unconscionable might conjure images of Dickensian misers bleeding dry penniless shopkeepers, the bill’s use of the term is far more mundane. Any yearly increase in rent that exceeds one-and-a-half times the Consumer Price Index for the given area would presumptively be deemed “unconscionable.” Based on 2018 figures, an unconscionable increase would mean an increase in rent in excess of approximately 3.5% over the prior year’s rent.

In between tenancies, the property owner would be free to set the rent at whatever the market would bear, but of course, there would be little incentive for a tenant to move, other than due to a change in employment or in family circumstances (and even then, how many families continue cramming into one bedroom well after they seemingly outgrow their space?). On the other hand, a landlord would be incentivized to turn over an apartment whenever the market outpaces the rate of rental increases permitted by law. This would bring with it a bonanza of tenant buyouts, tenant harassment, and additional regulatory costs.

The enactment of a “Good Cause” eviction law would all but end the development of new residential rental projects in New York state. For an industry already reeling from rent reform, the prospect of this law resurfacing in the next legislative session will have a deeply chilling effect on the production of new housing. Owners and investors need assurances today that the market won’t blow up (again) overnight. On this front, a public pledge from governor Cuomo to oppose any new “Good Cause” legislation would be a good start.

Philip Tucker is a Partner in the real estate practice of Herrick, Feinstein LLP. He is based in Manhattan.

This article originally appeared in the September 3, 2019 edition of the New York Real Estate Journal. 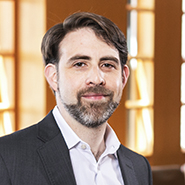