On May 22, 2020, the Small Business Administration (SBA), in consultation with the Department of Treasury, issued an Interim Final Rule on Loan Forgiveness (“Forgiveness Rule”) and an Interim Final Rule on Loan Review Procedures and Lender Responsibilities (“Review Rule”) for the Paycheck Protection Program (PPP). While the Forgiveness Rule reiterates many of the clarifications made by the SBA through its PPP Frequently Asked Questions and the loan forgiveness application released by the SBA on May 15 (“Forgiveness Application”), the Review Rule provides an outline for borrowers as to how the SBA will review PPP loans and what level of review lenders are to undertake when reviewing a Forgiveness Application.

The Forgiveness Rule adds an illustration of how a borrower is to calculate the forgiveness reduction due to salary decreases and notes that such reduction calculation is to be done on a per employee basis and calculated by the total dollar amount of salary reductions in excess of the 25 percent of base salary between January 1, 2020 and March 31, 2020. The Forgiveness Rule also states that the salary reduction only applies to a reduction “not attributable to the FTE reduction” so that a borrower is not penalized twice.

In the Review Rule, the SBA outlines the process that it will undertake when reviewing a PPP loan, including whether a borrower’s actions have resulted in receipt of a loan that did not meet the PPP’s requirements. While in FAQ #39 the SBA stated it would review all loans in excess of $2 million, it also indicated that it would review other loans as appropriate. The SBA reiterates in the Review Rule that any loan is a candidate for review.

As outlined in the Review Rule, the SBA will focus its review on the certifications and representations that a borrower makes regarding loan and forgiveness eligibility as well as a borrower’s use of proceeds. The SBA previously indicated in FAQ #17 that it will assess a borrower’s eligibility for a PPP loan based on the following: (i) CARES Act; (ii) rules and guidance available at the time of the borrower’s loan application, which include 13 CFR 120.110 and 13 CFR 121.301(f); and (iii) the terms of the borrower’s application.  In addition to borrower eligibility, the SBA states that it will review a borrower’s calculation of the loan amount and its use of proceeds as well as its calculation of the loan forgiveness amount.

If the SBA determines that the borrower is ineligible for the loan amount received or the loan forgiveness amount claimed, the SBA may deny the loan forgiveness application in whole or in part and may seek repayment of the outstanding loan balance. The SBA also has an ability to pursue other remedies in the event of such denial. In the Forgiveness Rule, the SBA indicates that a borrower may appeal an SBA denial, and the SBA will issue additional guidance with respect to such process.

In the Review Rule, the SBA also outlines a lender’s responsibilities with respect to a loan forgiveness application. For this review, a lender is to confirm the following items:

If a borrower is determined to be ineligible, the lender is not to receive a processing fee for such borrower. Furthermore, the SBA may claw back the processing fee if within a year after loan disbursement the SBA determines that the borrower was ineligible for a PPP loan.

The SBA notes that it may issue additional guidance to further assist borrowers and lenders. We will provide a further update upon release of such regulations and guidance. 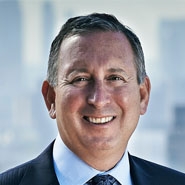 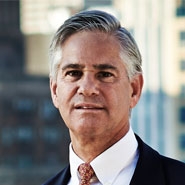