Times may be changing.  The Delaware Court of Chancery recently found in NuVasive, Inc. v. Miles, that California’s policy against non-competes is not so fundamental when the employee is represented by counsel and knowingly bargains away such protections—seemingly opening the door for employers to enforce non-compete covenants against California employees. See NuVasive, Inc. v. Miles, No. CV 2017-0720-SG, 2018 WL 4677607 (Del. Ch. Sept. 28, 2018.

In NuVasive, the plaintiff NuVasive, Inc. (“NuVasive”), a Delaware corporation doing business in California, sought to enforce an employment agreement containing a non-compete and a Delaware choice of law (and forum) clause against defendant-employee Patrick Miles (“Miles”). Miles was a California resident who resigned from NuVasive and began working for a competitor. After NuVasive brought suit, Miles moved for partial summary judgment, arguing that the court should refuse to enforce the parties’ choice of law provision, and instead apply California law, thereby vitiating the non-compete.

While Miles’ strategy appeared sound (and indeed, the same court granted such relief in Ascension Ins. Holdings v. Underwood), there was a significant development in the interim: California’s passage of Cal. Labor Law Section 925 (“Section 925”). Section 925 provides that while employers cannot generally require California-based employees to agree, as a condition of employment, to employment agreements containing foreign forum selection or choice-of-law provisions, that prohibition does not apply if the employee is represented by counsel when negotiating the agreement.

However, the court then found that enforcing Delaware law – which allows restrictive covenants – would not offend fundamental California policy because Miles was represented by counsel when he agreed to a Delaware choice of law provision. The court explained that while California has a fundamental public policy against non-competes, the California legislature made a policy decision in passing Section 925 that “when contracting parties' rights are protected by representation, freedom of contract trumps this interest [in prohibiting restrictive covenants.]” NuVasive, 2018 WL 4677607, at *5. And since Miles was represented by counsel when he agreed to the non-compete, the court thus concluded that upholding “the Delaware choice of law and thereby potentially enforcing the covenant not to compete would not violate California’s fundamental public policy.” Id. at 6.

Interestingly, while the court did not expressly consider Section 925’s legislative history in its decision, the court’s interpretation of California policy is likewise supported by the legislative history. Specifically, the legislative history notes that because Section 925 “is aimed at protecting employees who may not have sufficient bargaining power throughout the employment relationship, this bill exempts employment contracts where an employee is individually represented by legal counsel in negotiating terms of an agreement that designate venue or choice of law” and that these exemptions are “consistent with the policy goal of this bill: Californians should be bound by potentially one-sided terms only if the Californian knowingly and voluntarily agrees to such terms.” 2015 CA S.B. 1241 (NS) August 30, 2016 Committee Report. (emphasis added).

Section 925 appears to be a game changer for California non-competes. While the NuVasive court downplayed the significance of its decision by citing the “narrow” circumstances of the case, employers should nevertheless take note of this ruling, as it may provide a roadmap for enforcing restrictive covenants against California employees. Indeed, under the logic of NuVasive (and a plain reading of the statute), it would appear that so long as an employee was represented by counsel, he or she may forego the protections of California law and agree to be bound by restrictive covenants that would be unenforceable under California law but would be enforceable under another state’s laws.

Of course, such a strategy may not always make fiscal sense, but when dealing with particularly important employees, it may be worth retaining independent counsel for such employees (even if paid for by the company) in order to fall within Section 925’s exception. It should also be noted that, to date, no California state court has addressed this issue in a published opinion, rendering the NuVasive decision as a bit of an outlier (or a trailblazer, depending on one’s perspective).

© 2018 Herrick, Feinstein LLP. This information is provided to keep clients and interested parties informed of legal developments that may affect or interest them. The information is not intended as legal advice or legal opinion and should not be construed as such. 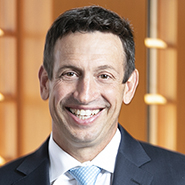