Two cases decided by New York courts in 2009 highlight the pressures and pitfalls of the burgeoning role of art authentication and/or catalogue raisonné committees.1 The two seemingly similar cases produced vastly different outcomes, and teach important lessons to authentication committees and those seeking authentication. In Thome v. The Alexander and Laura Calder Foundation, 70 A.D.2d 88, 890 N.Y.S.2d 16 (1st Dep’t 2009), decided on December 1, 2009, New York’s Appellate Division, First Department affirmed the dismissal of all of the plaintiff’s causes of action against the Calder Foundation and related defendants arising from the Foundation’s refusal to authenticate a work alleged to have been created by Calder. In contrast, in Simon-Whelan v. The Andy Warhol Foundation for the Visual Arts, Inc., 2009 WL 1457177 (S.D.N.Y. 2009), decided on May 26, 2009, the U.S. District Court for the Southern District of New York permitted claims for declaratory relief, anti-trust violations, false advertising, fraud and unjust enrichment to proceed against the Warhol Foundation and related defendants upon its refusal to authenticate an alleged Warhol artwork.

While historically, owners turned to art historians and others with art expertise, and catalogues raisonnés have been published by academic institutions, museums, and galleries, now many authentication committees and catalogue publishers are related to the artist or the artist’s estate. This may be the result of the model set by France’s “droit moral,” the French law that bestows upon an artist, among other things, the right to authenticate his or her own works.2 Upon the artist’s death, this right passes to an heir or designee. Certainly, this “droit moral” sets a precedent within the art market for an artist’s estate to assume the role of arbiter of authenticity.

In this case, the plaintiff alleged that in 1975, he personally contacted the artist, Alexander Calder, to re-create a stage set that he had originally created in 1936, along with a second set for smaller venues, and a maquette (a small-scale model). Thome claimed that the new works were then executed as per the artist’s instruction, but that Calder died in 1976, before he could see the completed works. Wishing to sell the sets, in 1997, Thome submitted the necessary documentation to the Calder Foundation for authentication and inclusion in the catalogue raisonné. Without explanation, the Foundation, which is comprised mainly of the artist’s relatives, did not include the sets in the catalogue raisonné and issued no opinion regarding authenticity. In 2005, a potential purchaser of the sets resubmitted them to the Foundation, to no avail. Thome commenced an action in 2007 seeking a judgment declaring the sets to be authentic Calder artworks; an order compelling the inclusion of the sets in the Calder catalogue raisonné; and for damages for breach of contract, tortious interference with prospective business advantage, and product disparagement. The defendants immediately sought to dismiss all claims and the trial court granted their motion.

According to the appellate court, the case boiled down to a question of whether the defendants owed any duty to Thome. The court concluded they did not, finding that the publisher of a catalogue raisonné has no legal duty to include any work of art and cannot be compelled to do so, absent some independent legal duty such as a contractual promise. The court also concluded that it was in no position to issue a judgment of authenticity, as the plaintiff sought a declaration of fact rather than a declaration of legal rights based upon findings of fact. Indeed, the court believed that any finding on authenticity would be meaningless in the art market, which would look to the art experts’ pronouncements on authenticity, rather than the court’s.3

The court also found that no contract was formed between Thome and the Foundation, that the Foundation did not act with the sole purpose of harming Thome, that the Foundation’s Board owed no duty to Thome, and that claims regarding anti-competitive content were merely speculation. Thome’s claim for product disparagement did give the court some pause, reasoning that the failure to include the sets in the catalogue raisonné may be a sufficient publication of an allegedly false statement. The court determined, however, that it need not reach the issue because the claim was barred by the statute of limitations.

Simon-Whelan commenced an action against the Warhol Estate, the Foundation, and the Authentication Board for a judgment declaring the submission agreement unenforceable and seeking antitrust damages under federal and state law, damages for false advertisement under the Lanham Act, and damages for fraud and unjust enrichment. The defendants moved for immediate dismissal.

Submission agreements such as the one in this case have met with some favor in the courts and have been given effect to support dismissal of claims against authentication boards.4 In this case, however, the court found that such an exculpatory agreement could not protect a party from its own intentional wrongdoing. The court concluded that the plaintiff adequately alleged that he was fraudulently induced into signing the submission agreement, which was being used to protect the defendant from liability for their intentionally illegal acts.

The court also found that Simon-Whelan adequately alleged that the Warhol Foundation and Authentication Board conspired to restrict competition in Warhol works by removing works not owned by the Foundation from the market and consequently driving up the prices of Foundation-owned works. Although the plaintiff adequately pled damages related to monopolization and market restraint, he did not adequately plead damages as to price inflation, and that part of the claim was dismissed. The court also sustained the plaintiff’s claim for false or misleading facts likely to cause confusion in commerce or advertising, finding that what the defendants argued were merely opinions as to authenticity could reasonably be seen as implying provable facts. Finally, the court upheld the fraud claim based on allegations that the defendants induced Simon-Whelan to submit the work knowing it would be denied, and also sustained the unjust enrichment claims.

What lessons can be learned from these two cases, both for the owner of artworks and for an authentication or catalogue committee?

Unless the Thome decision is overturned by New York’s Court of Appeals, a case seeking a declaratory judgment of authenticity is unlikely to be successful. Indeed, courts, which decide matters based upon a preponderance of the evidence put before them by the parties, are ill-suited to making a determination of fact on an issue that will affect parties not before the court. There is also some validity to the Appellate Division’s prediction that a pronouncement on authenticity from the court may have little effect on the art market if an art expert labels the work inauthentic.

The Thome case is also a reminder that owners of artworks should be mindful of the passage of time. Thome is not the first case in which claims against an authentication committee were dismissed because they were brought after the applicable statute of limitations had run.5 And, while the Simon-Whelan case shows that authentication committees are susceptible to well-pled claims for monopolization and product disparagement – indeed, even the Thome case suggests that a product disparagement case could be sustained – such claims are hardly sure winners.6 In fact, such claims are highly fact-intensive and Simon-Whelan may not prevail in the end. Undoubtedly, an owner could benefit from a review by legal counsel of his or her rights and options, not only after a work is denied authentication, but also before ever submitting a piece to an authentication committee.

1  A catalogue raisonné is a definitive catalogue of the works of a particular artist. Inclusion of a work in the catalogue serves to authenticate the work. Non-inclusion suggests a work is not by the artist. Kirby v. Wildenstein, 784 F. Supp. 1112 (S.D.N.Y. 1992).

3  The court cited Greenberg Gallery, Inc. v. Bauman, 817 F. Supp. 167 (D. D.C. 1996) aff’d, 36 F.3d 127 (D.C. Cir. 1994) in which a court dismissed a case for rescission of a sale of, coincidentally, a Calder sculpture. The court found, based on expert evidence, that the plaintiff had not shown that the work was inauthentic. Nevertheless, the art market relied upon the opinion of the expert rejected by the court, and the work remains shunned. 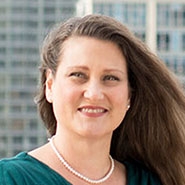