Litigation partner, Bruce A. Cholst, sat down with Habitat Magazine for their December 2021 issue feature, "Case & Consequences", to discuss the fiduciary duty of a cooperative board.

Habitat: Attorneys and managers often talk about a board’s fiduciary duty to act in the best interests of shareholders or unit-owners, but there are all kinds of unexpected ways board members can cross the line, which was the case at a co-op you represented.
Cholst: This was a co-op in Murray Hill where a shareholder fell into arrears on his bank loan, the bank declined to foreclose and the apartment was placed on the auction block. The board saw an opportunity to buy the apartment at a distressed price and flip it for profit, the proceeds of which would go to replenish the reserve fund. So the board called a special meeting to discuss the opportunity and decided to go for it. It strategized at length over the bidding and decided to give the board president the authority to go to the auction but limited her authority as to the amount of the bid she could place. She showed up at the auction, and so did a board member who had attended the meeting. He bid $50 over the limit that the board president was authorized to bid, and he was the successful bidder. The board refused to recognize him and sign the papers necessary to transfer title, so he sued.

What happened next? We defended the case based upon his breach of fiduciary duty, but the board member made a motion to dismiss. This was not your garden-variety breach of fiduciary case, because it wasn’t direct self-dealing. But it was insider trading. I had to convince the judge that there was a fiduciary duty owed by this board member to his colleagues and, by extension, to the shareholders in his community. Just as we were getting ready for trial, the case settled on terms favorable to the board.

Was there a way this board member could have bid on the apartment without breaching his fiduciary duty? Yes, there was. When board members place a bid on an apartment in their building, which is very often the case, they don’t forfeit their ability to do that just by being on the board. But members have a duty to be absolutely transparent about their intentions, both to the board and to shareholders or unit-owners. So what you need to do is to communicate to everybody in writing the fact that there is an apartment for sale, your intention to bid and invite others to bid as well. That way it’s a level playing field. It also maximizes the ability of the selling shareholder or unit-owner to get maximum pricing on their apartment.

Any final words of advice? Your fiduciary duty to shareholders and the board always trumps personal interest. Otherwise, you’re violating your duty of undivided loyalty and also fair play. But you have to be aware that there are often subtle conflicts of interest or ways in which that fiduciary duty can be breached — for example, jumping a waiting list for a parking garage space - even if it’s not a direct pecuniary benefit. I was serving as a board member, and we were negotiating a garage lease. One of the concessions the lessee was offering was discounted parking spaces for tenant shareholders. On its face it sounded very good, but four of the seven board members had parking spaces. I said, "Wait a second, if we take that concession, we are hanging ourselves out to dry because a majority of our board members are benefiting from it. Let’s reject that concession and go for another one." That's an example of a very subtle way in which a breach of fiduciary duty can occur. And board members really need to be cognizant of the subtleties.

Bruce A. Cholst is a partner at Herrick, Feinstein LLP, New York, N.Y.

This article originally appeared in the December 2021 edition of Habitat Magazine. Access may require a subscription. 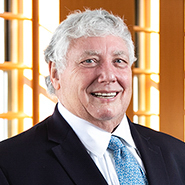