Secured the dismissal of all claims against an Ireland-based software company and its US subsidiary filed in New York state court by an advisory firm alleging our client had breached the terms of a service agreement in which the plaintiff was to either find a buyer for the company or find entities willing to provide financing.  Asserting breach of contract, fraudulent inducement and unjust enrichment, among other causes of action, the plaintiff further alleged that the agreement was breached just prior to a transaction which would have entitled the plaintiff to a significant fee.  In its order, the court agreed that the plaintiff had failed to establish jurisdiction over the Ireland-based parent and that the U.S.-based entity was never a party to the agreement at issue. 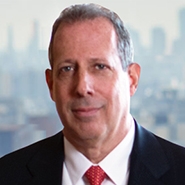