In VP Williams, the secured creditor, DePalma Acquisition I, LLC (“DePalma”), had made an election under section 1111(b) to have its entire claim treated as secured. The debtor objected, contending that (1) the value of DePalma’s collateral was “insignificant” and thus DePalma could not utilize an 1111(b) election, (2) DePalma’s 1111(b) election was not timely, and (3) DePalma could not utilize the 1111(b) election because its previously filed proof of claim treated its claim as partly secured and partly unsecured. The debtor also argued that denying DePalma the ability to utilize an 1111(b) election was consistent with Congress’s goal of furthering reorganizations for small business debtors under subchapter V.

Subchapter V of the Bankruptcy Code

Subchapter V of the Bankruptcy Code became effective in February 2020. Subchapter V is intended to make it easier for small businesses to reorganize under chapter 11 of the Bankruptcy Code. To be eligible to file a bankruptcy petition under subchapter V, a debtor must have total debt of less than $7.5 million. To ensure subchapter V cases progress, a debtor is required to file a plan of reorganization within 90 days of filing its petition. A trustee is appointed in all subchapter V cases; the job of the trustee is to help facilitate a consensual plan of reorganization or other resolution of the case. There are two other notable benefits for debtors: under subchapter V, a plan of reorganization can be confirmed even if all classes of creditors oppose the plan; outside of subchapter V, a debtor must obtain the consent of at least one impaired class of creditors to confirm a plan. Perhaps even more importantly, subchapter V provides that the debtor may retain ownership of its business even if creditors are not paid in full under the plan. In all other chapter 11 cases, a debtor would not be entitled to retain ownership unless creditor claims were paid in full or the debtor contributed “new value” under the plan in an amount equal to the value of the retained ownership.

On February 19, 2020, VP Williams Trans, LLC (“VP Williams” or the “Debtor”) filed a petition for bankruptcy protection under subchapter V. The Debtor had only one creditor, DePalma, and the Debtor’s only assets were a New York City taxi medallion (the “Medallion”) and the taxi vehicle. The Medallion secured DePalma’s loan to the Debtor. Roughly a month after the petition was filed, the COVID-19 pandemic resulted in New York implementing an order requiring the shutdown of non-essential businesses and the Debtor ceased to operate the taxicab.

On September 4, 2020, DePalma filed an election under section 1111(b) of the Bankruptcy Code to have its secured claim be treated as equal to the total amount of its claim, $576,927.58. On September 16, 2020, VP Williams objected to the section 1111(b) election and moved to strike it. The Court heard preliminary argument on the 1111(b) issue in an argument later that same day. In its objection and in oral argument, the Debtor asked the Court to adopt the rationale of In re Body Transit, Inc., a subchapter V case recently decided by the United States Bankruptcy Court for the Eastern District of Pennsylvania.[2] In Body Transit, the court disallowed a secured creditor’s 1111(b) election; the Court found that because the value of the secured creditor’s claim was only 8.4% of the amount of its total claim, the secured portion was “insignificant.” The Court also noted that, in its view, that result was consistent with the Congressional objective of facilitating the reorganization of small business debtors under subchapter V. At the end of the preliminary argument, the Court directed DePalma to respond to the Debtor’s objection. The Court issued its opinion on September 29, 2020.

The Court directly addressed the Body Transit decision and declined to follow it. The Court explained that, contrary to the reasoning expressed in Body Transit, nothing in section 1111(b) evidenced Congress’s intent to limit the use of the 1111(b) election in subchapter V cases. The Court noted that section 1111(b) applies in all chapter 11 cases, and if Congress intended to limit its application in a subchapter V case, it could have done so, but it had not. The Court also distinguished Body Transit factually. In Body Transit, the value of the taxi medallion was approximately 8.4% of the amount of the secured creditor’s claim. In VP Williams, the value of the Medallion was at least 15.6% of DePalma’s claim, roughly twice as significant as the value of the collateral in Body Transit.

The Court next considered the Debtor’s claim that DePalma’s section 1111(b) election was untimely. The Debtor argued that in a subchapter V case, the election had to be made before the plan of reorganization was filed. The Court rejected that argument because it is unsupported by the statute. The Court noted that the purpose of section 1111(b) is to allow a secured creditor the chance to protect itself against treatment under a plan it deems improper. Thus, it ruled, it is illogical to require such an election before a plan is filed.

The Court last addressed whether the section 1111(b) election was barred by the terms of the prior proof of claim DePalma filed. The Court noted that the information DePalma provided about the value of the collateral is information that was required by the official proof of claim form. The statements of the “secured” and “unsecured” portions of the claim were made in accordance with section 506(a) of the Bankruptcy Code. The Court noted that nothing in the rules or the statute suggests that the statements in prior proofs of claim bar creditors from making the section 1111(b) election.

Accordingly, the Court held that the section 1111(b) election was timely, effective, and not waived. 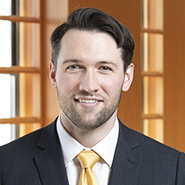