The federal rules offer several procedural avenues for attacking class allegations. Fed. R. Civ. P. 23(c)(1)(A) provides that the court must—"[a]t an early practicable time"—determine by order whether to certify the action as a class action. Further, Rule 12(f) permits a motion to strike "an insufficient defense or any redundant, immaterial, impertinent, or scandalous matter." The federal rules also allow that a "court may issue orders that … require that the pleadings be amended to eliminate allegations about representation of absent persons and that the action proceed accordingly." Fed. R. Civ. P. 23(d)(1)(D).

Recent decisions in New Jersey have come down on both sides of this issue, with several adhering to the convention that courts should reject early motions to strike as premature:

McPeak v. S-L Distribution Co., 2014 WL 4388562, at *7 (D.N.J. Sept. 5, 2014), provides a good example of a well-reasoned approach to the issue. In McPeak, the court rejected the plaintiffs' argument that a motion to strike had to be rejected as premature. Instead, the court analyzed each of Rule 23's requirements for a class action. Only after conducting that analysis did the court find that the plaintiff was entitled to discovery and deny the motion to strike.

Likewise, in Forst v. Live Nation Entertainment, 2015 WL 858314 (D.N.J. Feb. 27, 2015), the plaintiffs claimed that as a result of the defendant event promoter's unlawful conduct in withholding blocks of ticket sales from the general public, they were forced to pay substantially higher prices than face value for their tickets on the secondary market. The suit was brought as a class action and included "all persons who … could not afford to purchase tickets to the concerts at a ticket price that is higher than the face value of the ticket." The defendants moved to dismiss and also sought to strike the class allegations.

The court recognized that while plaintiffs are typically entitled to discovery relating to Rule 23's class-certification requirements, there are rare cases in which no amount of discovery can correct deficiencies. In such cases, courts may grant prediscovery motions to strike or dismiss class allegations. In Forst, the court concluded that nonpurchasers of tickets had to be stricken from the class because such persons were not ascertainable. Citing Carrera v. Bayer Corp., 727 F.3d 300, 303-04 (3d Cir. 2013), the court noted that a class is not ascertainable if "class members are impossible to identify without extensive and individualized fact-finding or mini-trials." Id. at *5. The plaintiffs trumpeted that discovery was needed, but the court disagreed—"no amount of discovery would make non-purchasers ascertainable under Rule 23." Id. at *6. The court struck, with prejudice, the nonpurchasers from the plaintiffs' proposed class.

With the claimed need for discovery often touted by plaintiffs as a basis to deny certification or attack a denial on appeal, some courts have been creative in harmonizing plaintiffs' demands for certification discovery in cases in which class allegations appear weak on their face. In Smith v. Merial Limited, for example, a case involving putative class claims alleging that plaintiffs' pets were harmed by chemicals in flea and tick prevention products, on defendants' motion to dismiss and strike the class allegations, the court aired its "serious concerns that plaintiffs can ever meet the certification requirements of R. 23(b)" even though a motion to certify the class was not yet pending. 2012 WL 2020361, at *4 (D.N.J. June 5, 2012).

The court was concerned that the variances in the applicable states' laws would create manageability issues rendering class certification inappropriate. Recognizing that it had the authority to strike class claims out of the gate, the court weighed its "responsibility to thoroughly scrutinize whether the requirements of Rule 23 are satisfied." The court accelerated briefing on specific class issues and requested presentation of the limited discovery, which was already produced in a related case, and reserved ruling on the dispositive motions to bring the class allegations to the fore. This approach allowed the court to address the class allegations at the outset, and would have negated an argument by the plaintiff on appeal that it was prejudiced on the certification motion by a lack of discovery.

In the wake of appellate decisions such as Carrera v. Bayer Corp.; Marcus v. BMW of North America; Hayes v. Wal-Mart Stores; and Grandalski v. Quest Diagnostics, which enhance the stringency of class-action requirements, and with courts affording serious consideration to preemptive motions to strike, defendants facing class claims in the Third Circuit should evaluate moving to defeat class certification as early as practicable.

Reprinted with permission from the April 30, 2015 edition of the New Jersey Law Journal © 2015 ALM Media Properties, LLC. All rights reserved. Further duplication without permission is prohibited. 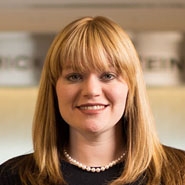