U.S. businesses in which a foreign entity or person holds, directly or indirectly, 10 percent or more of the U.S. business’s voting interests, are required to complete a mandatory survey by May 31, 2018.

The 2017 Benchmark Survey of Foreign Direct Investment in the United States, or the BE-12 survey, recently released by the U.S. Department of Commerce’s Bureau of Economic Analysis (the “BEA”), is conducted every five years, and is the most comprehensive survey of foreign direct investments in the United States — one of seven mandatory surveys conducted by the BEA. The BEA uses the BE-12 to obtain data on foreign direct investments in the United States and to measure global business activities of U.S. multinational businesses and their impact on the U.S. economy.

A U.S. entity in which a foreign entity or person holds, directly or indirectly, 10 percent or more of the U.S. entity’s voting interests — referred to by the BEA as a “U.S. affiliate” —  at any time during 2017, must complete one of the following four forms:

The BE-12 must be completed by May 31, 2018 or June 30, 2018 (if submitting through the BEA’s eFile system), and is mandatory for those entities to which it applies. Information and a link to the BE-12 survey and access to the BEA’s eFile system can be found here: https://www.bea.gov/surveys/respondent_be12_be15.htm.

If you have any questions regarding the BE-12 survey or any other BEA survey, or if you need help completing the survey, please reach out. 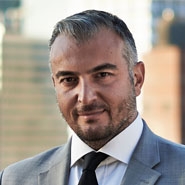