In response to Russia’s ongoing military invasion of Ukraine, President Biden has ordered a series of broad sanctions designed to “imperil Russia’s ability to raise capital key to its acts of aggression” and “isolate Russia from international finance and commerce.” To view the U.S. Department of Treasury press release, please click here.

These sanctions generally prohibit U.S. individuals and entities from transacting business directly or indirectly with a wide range of Russia’s largest banks and financial institutions, certain Russian individuals with ties to Russia’s government, and various other entities, individuals, vessels and aircraft designated by the Office of Foreign Asset Control (“OFAC”).

OFAC maintains a website that can be used to search for specific individuals and entities who have been listed as Specially Designated Nationals and Blocked Persons (the “SDN List”) or who are on other OFAC sanctions lists. But searching OFAC’s lists alone is not a substitute for undertaking appropriate due diligence to determine whether a transaction is subject to sanctions. By way of one example, companies must be mindful of OFAC’s 50 Percent Rule, which prohibits transactions with any non-listed entity directly or indirectly owned 50 percent or more in the aggregate by one or more individuals or entities on the SDN List (i.e., “blocked” persons). Thus, if a blocked individual owns 50% of an entity which in turn owns 50% of a subsidiary, that subsidiary would be barred from transacting business with U.S. companies, notwithstanding the subsidiary’s absence from the SDN List and the blocked individual’s attenuated ownership interest.

United States and state agencies have already started enforcing and alerting U.S. individuals, companies, joint ventures and partnerships (collectively, “U.S. Persons”) to these sanctions. For example, on March 2, 2022, the U.S. Department of Justice (“DOJ”) announced the creation of Task Force KleptoCapture, which, among other things, is tasked with “[i]nvestigating and prosecuting violations of new and future sanctions imposed in response to the Ukraine invasion, as well as sanctions imposed for prior instances of Russian aggression and corruption[.]” The DOJ further advised that, as part of the operation, it will “seize assets belonging to sanctioned individuals or assets identified as the proceeds of unlawful conduct.” To view the U.S. Department of Justice press release, please click here.

Moreover, the Financial Crimes Enforcement Network (“FinCEN”) and New York Department of Financial Services have cautioned financial institutions “to be vigilant against efforts to evade the expansive sanctions and other U.S.-imposed restrictions,” and have emphasized the increasing risk that blocked persons may utilize virtual currency—i.e., cryptocurrency—as a vehicle for doing so. To view the New York Department of Financial Services alert, please click here.

Given these heightened enforcement efforts, U.S. Persons engaged in (or considering engaging in) business with Russian-related individuals and entities should assess whether their ongoing and potential businesses and transactions run afoul of the recently issued sanctions orders. U.S. Persons should similarly evaluate whether any individuals or entities with which they conduct business—such as clients, counterparties, partners, employees and contractors—are associated with Russia and assess the need for enhanced due diligence into whether such individuals or entities (or their owners) are on the SDN List. Depending on the circumstances, this evaluation could require complex, extensive analyses, given that such sanctions apply to a wide variety of business transactions, additional entities and individuals which may be sanctioned in the future, and the potential opacity of foreign entities’ ownership structures.

The scope and nature of the United States’ sanctions against Russia are rapidly evolving and their applications are becoming increasingly complex. U.S. Persons engaged in commercial dealings with Russian-related individuals and entities—and even those transactions that have only a tenuous connection to Russia—would be wise to carefully examine these recently enacted orders and regulations, conduct due diligence to mitigate the risk of violating them (which can carry heavy penalties and fines), and regularly monitor changes in the law and SDN List. Furthermore, if a U.S. Person proceeds with a transaction that it has determined is permissible but nonetheless appears to have some connection to Russia, it should nevertheless consult with counsel to properly document its due diligence so that it may be prepared in the event of an inquiry by OFAC or other regulating authorities.

This article presents only a general overview of recent Russian-related sanctions orders; it is by no means exhaustive.

If you have any questions, please contact us for more information: 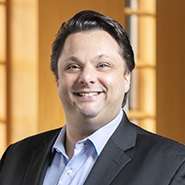 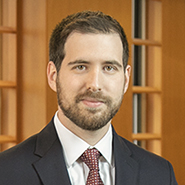 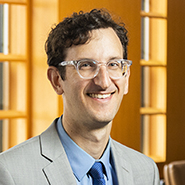