On December 16, 2016, President Obama signed into law the Holocaust Expropriated Art Recovery (HEAR) Act of 2016. The Act, which was passed unanimously by Congress, provides for a six year federal statute of limitations in art recovery cases. The law is drafted to broadly apply to “any artwork or other property that was lost” during the Nazi era, beginning on January 1, 1933 and ending on December 31, 1945. Under the terms of the Act, the limitation period starts to run upon the actual discovery by the claimant of the identity and location of the artwork or other property and the claimant’s possessory interest in that property. In the case of a possible misidentification, the Act explains that discovery is deemed to occur “on the date on which there are facts sufficient to form a substantial basis to believe that the artwork or other property is the artwork or other property that was lost.” The Act preempts all other provisions of federal or state law or any defense at law “relating to the passage of time.” In so doing, the HEAR Act establishes a uniform federal statute of limitations for all claims that arise in the United States.

The law addresses concerns by Congress that Holocaust-era claims have been unfairly hindered by “procedural obstacles” such as the statute of limitations. In some cases, courts have held that “the claims expired before World War II even ended.” The aim of the law is therefore to remedy this sort of outcome, and Congress has provided a clearly delineated purpose for the Act:

(1) To ensure that laws governing claims to Nazi-confiscated art and other property further United States policy as set forth in the Washington Conference Principles on Nazi-Confiscated Art, the Holocaust Victims Redress Act, and the Terezin Declaration.

(2) To ensure that claims to artwork and other property stolen or misappropriated by the Nazis are not unfairly barred by statutes of limitations but are resolved in a just and fair manner.1

The language of the Act affirms that United States policy encompasses both the Terezin Declaration and the Washington Principles. In line with these policy documents, the enactment of a federal statute of limitations is intended to ensure a basic level of fairness in such proceedings.

Particularly significant for claimants affected by the law is Congress’s recognition, in its findings, of “[t]he unique and horrific circumstances of World War II and the Holocaust,” which makes “statutes of limitations especially burdensome to the victims and their heirs.” Congress further found:

Those seeking recovery of Nazi-confiscated art must painstakingly piece together their cases from a fragmentary historical record ravaged by persecution, war, and genocide. This costly process often cannot be done within the time constraints imposed by existing law.2

For those who have claims already pending in court, the law will deem such claimants to have had the requisite knowledge as of the date of enactment, unless the claimant is otherwise barred under an exception to the Act. The exception limits the application of the Act from applying to “any civil claim or cause of action barred on the day before the date of enactment. . . by a Federal or State statute of limitations if—”

(1) the claimant or a predecessor-in-interest of the claimant had knowledge of the elements set forth in subsection (a) on or after January 1, 1999; and

(2) not less than 6 years have passed from the date such claimant or predecessor-in-interest acquired such knowledge and during which time the civil claim or cause of action was not barred by a Federal or State statute of limitations.

The law is set to expire on January 1, 2027, although it will still apply to claims already pending at that time. After that date, new claims for property lost during the Holocaust will be subject to applicable Federal or State statute of limitations or other “defenses at law relating to the passage of time.”

We encourage anyone with questions about this landmark legislation to consult with one of the attorneys in our Art Law Group. 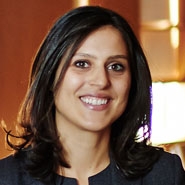