Important Department of Buildings News on Temporary Certificates of Occupancy

Herrick’s Land Use & Zoning Team has learned that new legislation titled Intro. 2033 was approved by the New York City Council on December 10, 2020 that will remove bureaucratic hurdles in the development and move-in process for building owners and occupants throughout the five boroughs.

Prior to this bill’s passage, a finished space in an incomplete new building or major alteration project could only be issued a Temporary Certificate of Occupancy (“TCO”), which expired after 90 days. This would then require TCOs to be renewed every three months via paperwork and applications with the Department of Buildings (“DOB”) until the project was complete, costing building owners time and money.

Intro. 2033 would create a new type of temporary Certificate of Occupancy for buildings in NYC, cut down on red tape, and allow for a more efficient process for property owners, developers and the DOB, while ensuring tenants can occupy space safely and quickly. The bill would allow the DOB to issue interim certificates of occupancy (“ICO”) to authorize occupancy of specific floors of a building prior to completion of permitted construction work on the building after inspection. The new ICOs would not require any additional renewals, which will result in substantial time savings for the construction industry and much needed certainty for developers when securing financing for their projects. Additionally, ICOs would help provide assurance to commercial and residential tenants moving into a space relying on an ICO because it means there are no outstanding issues requiring DOB intervention. The ICOs will require comprehensive DOB field inspections before they can be issued.

For more information on this issue or other land use & zoning matters, please contact: 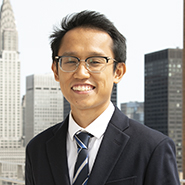