Ronald J. Levine, a member of this newsletter's Board of Editors, is the Co-Chair of the Litigation Department at Herrick, Feinstein LLP, with offices in New York and Newark, NJ, where he concentrates in class action litigation. Gabrielle C. Wilson is a litigation associate with the firm. Reach them at [email protected] or [email protected], respectively. 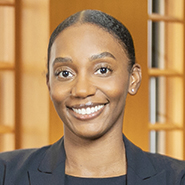