This article was first distributed as a Restructuring & Bankruptcy Alert on May 26, 2020. 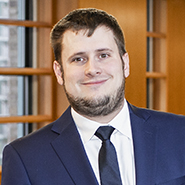