Scott Mollen is quoted and Jack Sheridan mentioned in this story, which notes that our client, an Upper West Side building known as the Montroyal, was among several properties that agreed as part of a settlement to rent units only to permanent residents, not transients and tourists. The settlement, which included no admission of liability, ended four years of litigation and was based largely on an amendment to the Multiple Dwelling Law that the state legislature passed. 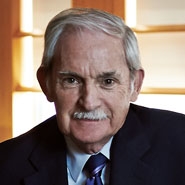