After working in City Government for many years in Brooklyn you decided to make the change to private practice. Can you talk a bit about that transition for your career and your practice?

After graduating from The City College of New York (CCNY) with a degree in architecture and a wife, I needed a job. Offers in the architecture field paid a bit less than the position at the City’s Department of City Planning, so my working in government began. The head of the Planning Department at that time was John Zuccotti. After gaining some experience, he sent me to Coney Island to run a storefront planning/development office. While we ended up doing little planning or development, we learned how to establish meaningful relationships with our neighbors in that diverse section of Brooklyn. Unstructured, street-level, one-on-one relationship building.

My next governmental job was working for the Brooklyn Borough President. At the time, the Borough President sat on the City’s Board of Estimate which voted on all City contracts and land use matters in addition to the City budget. As his representative on the Board, I got a broad view of government and began to learn more about how the City was run and who the players were.

While at the Borough President’s office, I also attended law school at night. When the Board of Estimate was eventually ruled unconstitutional and disbanded, and the Borough Presidency striped of its central role in governmental affairs, I left government for an associate position at Brown & Wood, reuniting with John Zuccotti who was heading the land use practice there.

The change was dramatic; I went from involvement in almost everything in the City to a few individual private projects with civic goals more narrowly drawn. The portion of my governmental work with land use matters, community groups, City agencies and elected officials was directly transferable to the private sector challenges I encountered.

How has your practice changed since you first started working as a Land Use attorney?

At the start, getting project approvals had fewer rivers to navigate. The Community Boards had a different reach, the City Planning Commission was less independent and navigating the Board of Estimate usually needed only the Mayor’s office and relevant Borough President. But with the demise of the Board of Estimate, the City Council became the approving authority. At first, the Council was tightly controlled by the Speaker, who could determine a vote’s outcome. Later the focus shifted to the local level giving rise to the importance of the “recommendations” of the Community Board and ultimately the local Councilmember. Every aspect of the land use approval process has become more tied to the political process, and requires more knowledge of the people in those positions and the priorities they bring with them.

The land use public approval process has also been opened to considerations well beyond height and density. Affordable housing, along with other public sector responsibilities, are being viewed as a private sector responsibility in land use considerations. Gaining recognition of how a proposal has an impact beyond the local area, and how it advances a broader city goal, has proved to have its challenges. The land use approval process has become a focus in this search. Being able to achieve a balance between public and private sector needs will spell out New York City’s future.

You are very involved in your local community, sitting on the board of directors of the DUMBO Business Improvement District and on the board of Colt Coeur, an innovative theater company based in Brooklyn. How does this connection to community support your land use practice and vice versa?

At the Borough President’s Office, I was involved in starting what was at the time called the “Fund for the Borough of Brooklyn”. We felt that supporting arts and culture would help invigorate the Borough; this was in 1980, when the perception of “Brooklyn” is not what it is today. We started the Summer Concerts in Prospect Park and encouraged not-for-profits such as Arts at St. Ann’s Warehouse. When I left Borough Hall, it was important to me to remain involved with those initiatives. Engagement with cultural and other not-for-profit organizations, besides helping with their missions, provides contacts and networks that might provide support in the land use public review process. Developers and their lawyers are often looked at as outsiders, only looking to make money at the neighborhood’s expense. Involvement in civic activities can help to overcome this impression while connecting us all as a community.

This past year has brought major changes to the office community and how we all work together. Do you miss seeing the team in person and the proverbial “water cooler” talk?

As we all know, it’s a challenge to engage with colleagues in a virtual environment. Our chance meetings and informal discussions create company culture. I greatly look forward to mentoring younger associates in person. Negotiating with people at all levels of the project approval process has changed this past year. I cannot wait to be back in the in-person-meeting-world and I look forward to spending time with colleagues and clients alike!

What’s the most interesting aspect of working in Land Use in New York City?

The most interesting aspects of a land use practice, for me, are the assignments that contain complications whose solutions are atypical – and in some instances beyond the law as it exists. The Zoning Resolution is just words on paper, subject to change. Changing the words is not easy but can be done when the project requires it and the politics are supportive. In my career, we were able to change the rules to allow the incorporation of a police stable in the base of an apartment building; to provide an incentive to set aside space for manufacturing uses in office buildings; and to establish a special permit for biotech research laboratories. We have worked to overcome obstacles like getting approval to fill in a century old dry dock for IKEA and to create a satellite control center characterized as a manufacturing facility.

A land use practice also includes attending numerous public hearings at the community and before elected bodies. You must enjoy that interaction since many times you are not viewed as a welcome guest. Rarely, in my experience, do large development projects needing public approvals proceed without opposition. Working with opponents is part of the job and many times is part of the fun.

For more information on Raymond H. Levin or the Real Estate Department at Herrick, please contact: 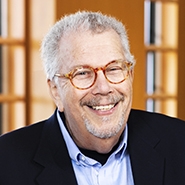