Dan Etna and Liliana Chang were mentioned in The American Lawyer, regarding their work around the changes to D.C. United’s investment group. Etna and Chang advised an investment group led by Jason Levien on their acquisition of full control of D.C. United. The ownership change will see Levien remain in his role as co-chairman and CEO with control over United’s voting shares in the league. 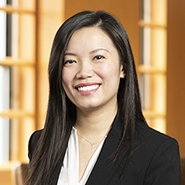