Kunstsammlung Rudolf-August Oetker GmbH and Herrick client Marei von Saher, the sole heir of Jacques Goudstikker, the noted Jewish art dealer, announced today that she and the Kunstsammlung Oetker have amicably resolved her claim to a painting by Anthony van Dyck known as Portrait of Adriaen Moens.

Ms. von Saher identified the painting as one of the artworks in the Goudstikker inventory before Jacques Goudstikker fled the Netherlands at the time of the Nazi invasion in 1940. The painting was thereafter forcibly sold and acquired by Hermann Göring. She advised the Kunstsammlung Oetker of her claim.

The painting was bought in good faith by Rudolf-August Oetker in London in 1956 after it was sold by the Dutch government to a London-based Old Masters dealer. Mr. Oetker transferred it to the Kunstsammlung Oetker in 1998.

The Kunstsammlung Oetker has agreed to restitute the painting to Ms. Von Saher.

Ms. von Saher said: “It is heartening to see private collections like the Oetker collection do the right thing for victims of the Nazis and their families. I am grateful to the Kunstsammlung Oetker for returning this painting to Jacques Goudstikker’s family. I hope that the restitution of this artwork will lead other private collections to act just as responsibly when faced with the discovery in their collections of art unlawfully dispossessed by the Nazis.”

Dr. h. c. August Oetker, the Chairman of the Board of the Kunstsammlung Rudolf-August Oetker GmbH, said: “We appointed an independent provenance researcher and her team to audit the art collection of the Kunstsammlung Oetker in order to assess whether any audited artwork belonged to a person persecuted for reasons of race, religion, nationality, ideology or political opposition to National Socialism who was wrongfully deprived of such an artwork. We are proud to return this beautiful portrait to the heir of Jacques Goudstikker.” 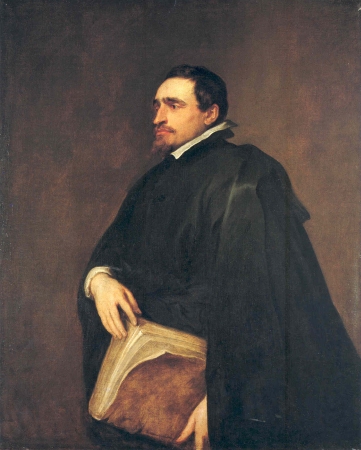