Public Broadcasting System's Nightly Business Report
Share This Page
In a live interview on the evening's lead story, David Rosenfield discusses the filing of criminal insider trading charges by the Department of Justice against a number of people who had managed now-defunct hedge funds, and the SEC’s civil charges against the fund managers and two of the now-defunct funds. David notes that the charges were brought a year after a number of FBI raids, and he opines that the Department of Justice and SEC are looking to bring additional insider trading cases. 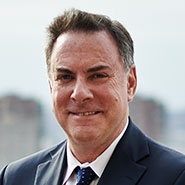