Lawrence Kaye and Howard Spiegler were quoted in the International Foundation for Art Research (“IFAR”) Journal discussing how courts' interpretation of “duress” is shaping the future of Nazi-Era art restitution.

The article notes that approximately 100,000 Nazi Era objects stolen by the Nazis outright, or objects that were sold for cash to pay puni­tive taxes, fund escapes, or support new lives as ref­ugees, have yet to be recovered. The categories of objects not directly stolen by Nazis are generally referred to as “forced sales” or “sales under duress." More specifically, Fluchtgut (flight assets), refers to art that was sold by Jews after they fled Germany. Flight assets in particular, are heating up the debate over how broadly duress can be defined, and how much proven duress merits restitution.

The article highlighted a case brought by Laurel Zuckerman, on behalf of the heirs of a German-Jewish collector, Paul Leffmann, to retrieve their ancestor’s art from The Metropolitan Museum of Art (“The Met”). Leffmann had sold his Pablo Picasso painting, The Actor, to French dealers in 1937 to fund his escape with his wife from Italy. The court ruled against Zuckerman finding that the "[economic] pressure, when not caused by the counterparties to the transaction (or the Defendant) where the duress is alleged, is insufficient to provide duress with respect to the transaction." The matter was ultimately upheld on appeal to the Second Circuit, which ruled not on the alleged duress, but laches.

Kaye and Spiegler, who represented Zuckerman in the matter, noted that the Holocaust Expropriated Art Recovery Art of 2016 (HEAR Act) incorporates provisions from the 1998 Washington Principles and the Terezin Declaration of 2009, which call for the recovery of works of art sold under persecution.

"Clearly that must mean that the American policy has been adopted, and that includes that if something has been taken under duress, it should be returned," said Lawrence, acknowledging that neither the Washington Principles nor the Terezin Declaration are legally enforceable.

"The HEAR Act is a law," Howard stressed, "and the principles behind that law reflect the fact that the United States policy is to include duress as a basis for returning art."

"It's important to argue that these are not usual transactions. They're remarkable and extraordinary transactions, and therefore the law from before can't just be applied. It's different," Howard said. "That's the predicate for why the commissions in Europe are returning pictures that were sold under duress," he noted, citing the return of works from museums in Europe, especially Germany. 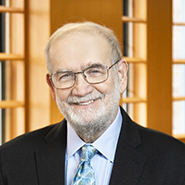 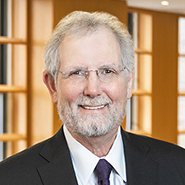