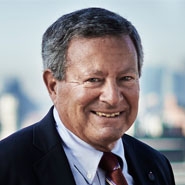 The partners, associates, counsel and staff of Herrick, Feinstein LLP, express profound sorrow on the untimely passing of our colleague and friend for over 42 years, Michael Heitner, on October 19, 2021. Read more here.

Michael Heitner focuses on sports and entertainment transactions with a concentration in television sports, as well as corporate transactions and corporate finance.