Successfully defended the U.S. affiliate of a multinational food & beverage company sued in New Jersey federal court by a distributor alleging violation of the state's Franchise Practices Act. In both the district court and on appeal to the Third Circuit, Herrick delivered key victories in opposing the plaintiff's efforts to secure an injunction preventing our client from effecting its contractual right not to renew an exclusive distribution agreement between the parties. In the district court, we obtained rulings partially dismissing the complaint, denying plaintiff's motion for a preliminary injunction, and denying plaintiff's motion for an injunction pending its appeal to the U.S. Court of Appeals for the Third Circuit. Following expedited briefing, the appellate court found in our client's favor, affirming the district court's rulings. In light of these developments, the parties ultimately reached a settlement and stipulated to the dismissal of this litigation. 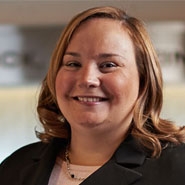