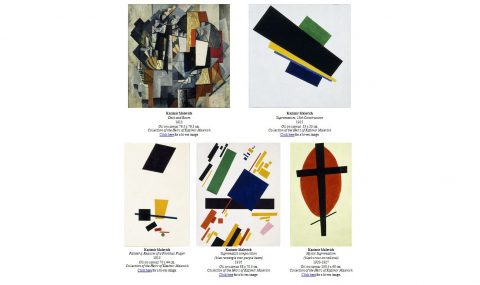 In 1927, Russian artist Kazimir Malevich traveled to Poland and Germany with more than 100 artworks to promote his radical artistic theories. Malevich was subsequently called back to Russia, leaving those paintings behind with friends in Germany for safekeeping. But he was unable to return.

Decades later, we were able to help his heirs recover five of those artworks from the from the City of Amsterdam, three works from the Museum of Modern Art and the Busch-Reisinger Museum, and one example of his early work from the Kunstmuseum Basel.