The relationship between an artist and a dealer typically takes one of two forms. The first is where a dealer buys artwork outright from the artist for purposes of resale. This type of arrangement is less common in the United States. Most often, galleries prefer not to acquire art from the artist, as this is often considered the riskier option and can be a financial burden to the gallery. For example, the gallery may not have the funds at the ready to acquire the art; other times, a gallery may be hesitant to invest large sums, since the gallery is then put at risk because it may not be able to resell the work quickly or for a sufficient profit.

The second type of relationship is where the artworks are consigned to the dealer, typically on some sort of exclusive basis, pursuant to an artist-dealer representation agreement. In this type of arrangement, title to the artwork remains with the artist throughout the duration of the agreement, up until the moment that the artwork is sold. This arrangement is often favored not only by dealers in the United States but also by artists who can benefit from having their artworks sold and marketed by professional dealers, giving them more time to focus on creating art.

In either arrangement, the agreement between the dealer and the artist should be memorialized in a written contract. This is critically important to protect both the artist and the dealer. The agreement does not always have to be complex, but it should include the essential terms to avoid disagreements down the line.

I. Regulating the Artist-Dealer Relationship

In certain states, such as New York, special laws have been put in place relating to art transactions. These provide built-in protections and parameters governing the relationship between artists and dealers. In New York, the Arts and Cultural Affairs Law (NYACAL) provides a range of regulations relating to art transactions conducted in the state, with Section 12.01 protecting the rights of artists who consign their works to art dealers or galleries.

One of the most important aspects of this law is that it requires that the artworks and their proceeds be treated by the dealer as a trust for the benefit of the artist, and the dealer is deemed a fiduciary for these purposes. Thus, an artwork and any proceeds from a sale are treated as the sole property of the artist, held in trust by the dealer for the artist’s sole benefit. The funds cannot be commingled with any of the dealer’s property and cannot be subject to any claims by his or her creditors. Even if a gallery goes bankrupt, the consigned artworks will not be property of the gallery’s bankruptcy estate. Moreover, this provision applies not just to the artist, but to an artist’s successor in interest, which the law defines as “‘a personal representative,’ ‘testamentary beneficiary,’ trustee or beneficiary of a ‘lifetime trust’ or an ‘heir.’”

The law also submits the dealer/consignee to the fiduciary requirements of Section 11-1.6 of New York’s Estates, Powers and Trusts Law. That law requires the consignee to segregate trust property from his or her individual property, and states that any person who violates its provisions is guilty of a misdemeanor. This means that art dealers who commingle funds belonging to the artist can be criminally liable for violating the statute.

Section 12.01(3) of NYACAL also provides a private right of action for aggrieved consignors to sue for injunctive relief to stop the unlawful conduct, as well as for recovery of actual damages. Where an artist or an artist’s successor in interest prevails, a court may award reasonable attorneys’ fees—which is in contrast to the traditional rule in the United States where all parties bear their own attorneys’ fees, regardless of who wins.

Finally, NYACAL provides for a waiver provision under certain circumstances. The waiver must be clear and conspicuous and signed by the artist, and it must specifically apprise the artist that he or she “is waiving rights . . . with respect to proceeds from the sale of the consignor’s work.” There are other restrictions on waivers: waivers are not valid (i) with respect to the first $2,500 of gross proceeds of sales received in a twelve-month period after the execution of the waiver; or (ii) with respect to proceeds of a work initially received on consignment but then subsequently purchased by the consignee for his or her own account. In addition, a waiver cannot inure to the benefit of the consignee’s creditors in any manner that is inconsistent with the consignor’s rights. Although these provisions are fairly restricted, artists should carefully review any waivers in the consignment agreement to ensure that they don’t sign away the protections provided by NYACAL.

II. Duties Owed to the Artist

The law is clear that delivery of art to an art dealer by an artist or her successors establishes a consignment relationship, and the dealer is deemed an agent and fiduciary with respect to those artworks. As such, the dealer owes the artist a variety of duties. For example, the dealer must care for and manage the consigned property prudently, avoid conflicts of interests, and account periodically to the artist regarding any disposition of the artworks.

A good case in point outlining some of the duties owed by a gallery to an artist is Hirschfeld v. Margo Feiden Galleries, 2000 N.Y. Misc. LEXIS 663 (S.D.N.Y. July 26, 2000). In this case, the notable cartoonist Al Hirschfeld filed suit against Margo Feiden Galleries, seeking injunctive relief to bar Feiden from disposing of consigned work by Hirschfeld without his consent and requesting a full inventory and accounting. The complaint also alleged nine causes of action, including breach of fiduciary duty and breach of contract, among others. After initially issuing a temporary restraining order, the court granted the injunctive relief.

The relationship between Hirschfeld and Margo Feiden Galleries began in the early 1970’s when Hirschfeld consigned a few of his artworks to the gallery. In 1974, Hirschfeld and Feiden entered into a formal agreement in which Hirschfeld consigned all his original art to Feiden; and artwork not yet created would also be sold through Feiden. Upon the sale of any artwork, Hirschfeld received a mutually agreed-upon payment from Feiden. The agreement also guaranteed Hirschfeld a $10,000 payment each year and provided that the agreement would automatically be extended year by year if Hirschfeld received payments of at least $12,000 during the preceding twelve-month period. But while the gallery obtained the right to terminate the agreement, the artist did not. Nonetheless, this arrangement continued for more than two decades before their relationship took a turn for the worse.

Hirschfeld alleged that, since the late 1990’s, Feiden refused to follow his instructions regarding disposition of his artwork, including by refusing to return drawings to him when requested. Hirschfeld further alleged that Feiden sought to prevent two retrospectives of his work, in part due to her own personal animosity toward someone involved in one of the exhibitions. Finally, Hirschfeld claimed that Feiden refused to provide him with documentation and records concerning his artworks.

In evaluating the likelihood of success on the merits—one of the required elements for securing a preliminary injunction—the court held that under the meaning of Section 12.01 of NYACAL, Feiden, as a consignee, was deemed to be an agent of the consignor and the artworks were trust property held for the benefit of the artist. Nonetheless, there was evidence suggesting Feiden did not act according to Hirschfeld’s instructions, including when Feiden sought to block two exhibitions of his work. The court also ordered the gallery to provide a full inventory of the consigned works in its possession and a full accounting of the disposition of Hirschfeld’s works.

Ultimately, the case did not proceed to trial—the parties settled their claims and entered into a renewed agreement—though challenges to that agreement followed in subsequent years.

While there are numerous provisions that can be included in a consignment contract depending on the specifics of the relationship between the artist and the dealer, this article covers some of the significant aspects of the agreement:

There are, of course, many other provisions that make up a consignment agreement, and thought should be especially given to the particular needs of the artist and the gallery. In doing so, both artists and dealers should be cognizant of the protections offered by the law, as well as their obligations to one another.

Yaél M. Weitz advises clients in a wide range of domestic and cross-border art and cultural property matters, including claimants seeking restitution of art misappropriated during the Holocaust and claimants seeking the recovery of looted or stolen cultural patrimony. She represents collectors and galleries in various art transactions.

This article has been published in the PLI Chronicle: Insights and Perspectives for the Legal Community, https://plus.pli.edu. To view a PDF of the article, please click here. 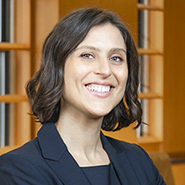