Real Estate partner, Karol S. Robinson, sat down with Habitat Magazine for their December 2021 issue feature, "Case & Consequences", to discuss the financial options for Mitchell-Lama cooperatives when they need to refinance their underlying mortgages to meet current needs

Habitat: Funding facade inspection and climate mobilization work is forcing many co-ops and condos to reconsider refinancing underlying mortgages, no matter the expense, but for Mitchell-Lama co-ops, the options are different.
Robinson: Mitchell-Lama co-ops were formed starting in the 1950s to provide safe and affordable housing for low- to middle-income families. Low-interest loans and real estate tax exemptions were offered to developers to incentivize them, and in exchange for these benefits, the co-ops remain subject to regulatory oversight by either the city’s Department of Housing Preservation and Development or the state’s Division of Housing and Community Renewal, depending upon the source of the original loan. So when it comes to the Climate Mobilization Act and other capital work that has to be performed, boards would need agency approval of their financing. Either HPD or DHCR would need to review and approve the underwriting terms, the loan terms and the actual loan documents themselves. So there is oversight.

Mitchell-Lama co-ops will probably have to borrow or refinance their underlying loans to do the work required by the Climate Mobilization Act. What are their borrowing options? There are two. You can work with the regulatory agency and go with what’s called agency funding, or seek private lending, which would be subject to agency approval. At this point, both the city and state have taken the position that for a private lending, the loan must be a fully amortizing 30-year loan on a 30-year term. For a typical co-op the standard loan is 10 years with a 30-year amortization. The reason why the agencies require fully amortizing loans is that there’s a concern that after a 10-year term, the Mitchell-Lama would be stuck with a balloon payment that might be unaffordable to shareholders. There are issues with these 30-year amortizing loans, though. They are not standard, so there’s a limited number of lenders, and its interest rate tends to be a bit higher than the standard loan term of 10 years with a 30-year amortization.

The Climate Mobilization Act has really upped what buildings are going to have to spend or else pay fines. Is it possible that the state and city funding agencies will take this into account and become more flexible? We’ve reached out and very recently had exactly that conversation with the agencies, and it’s an ongoing discussion. The agencies do have some flexibility and may be more willing to come up with creative lending structures than private lenders can. But with agency funding, a Mitchell-Lama would either have to sign a regulatory agreement or be willing to commit to the Mitchell-Lama program for an extended period beyond when the loan closed.

What’s the process for getting financing approval from the agencies, and how long does it take?
Once the board becomes aware that it will need funding, the first step is to connect with the agency. Sometimes the agency requires a physical-needs assessment or will have other items that need to be included. You want to start that conversation first so you don’t engage an architect, engineer or other consultant to start down the road for an energy report and then have the agency come back and say it needs this or that.

What about your management company? When should it become involved? You should engage your management company, your attorney and corporate counsel as well. The corporate counsel should be familiar with Mitchell-Lama laws and the agency requirements and can work with management, the board, architects, engineers and the accountant along the way. But it would typically be the managing agent and/or the attorney who actually makes the first communication or contact with the agency representative on behalf of the co-op.

Either way, getting from A to Z is going to take longer for a Mitchell-Lama than it will in a private-market co-op.
Yes, because of agency oversight. But in Mitchell-Lama buildings there are more hands and more steps involved. In some instances, a building might even have a combination of financing. For example, I’m working with a Mitchell-Lama that is getting a low-interest subsidy loan from the state, but there’s a limitation on the amount of subsidy the state can give to any one development. So to meet the balance of the cost for the capital work needed for the Climate Mobilization Act as well as other projects, it’s seeking a private loan. The agency required the board to engage a third-party consultant to work on the subsidy loan application, to coordinate the private lender, and to work with the attorney and management. That’s an additional expense, and more time.

This article originally appeared in the December 2021 edition of Habitat Magazine. Access may require a subscription. 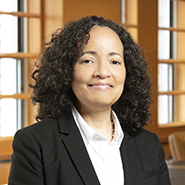